Start > Bürger + Stadt
D115 Ihre Behördennummer
Untermenu
The Fürstenwall area dates back to the Middle Ages and contains city fortifications facing the river Elbe and the two preserved fortified towers. Built in 1725, this was the first public promenade in Germany. 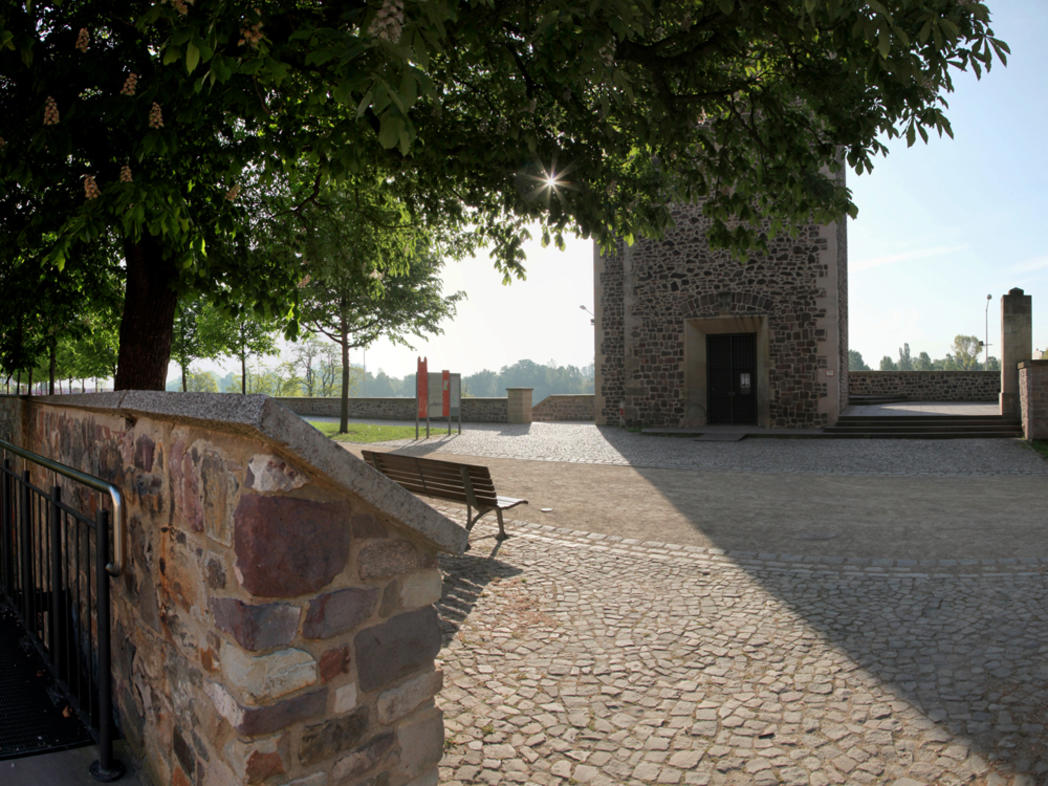 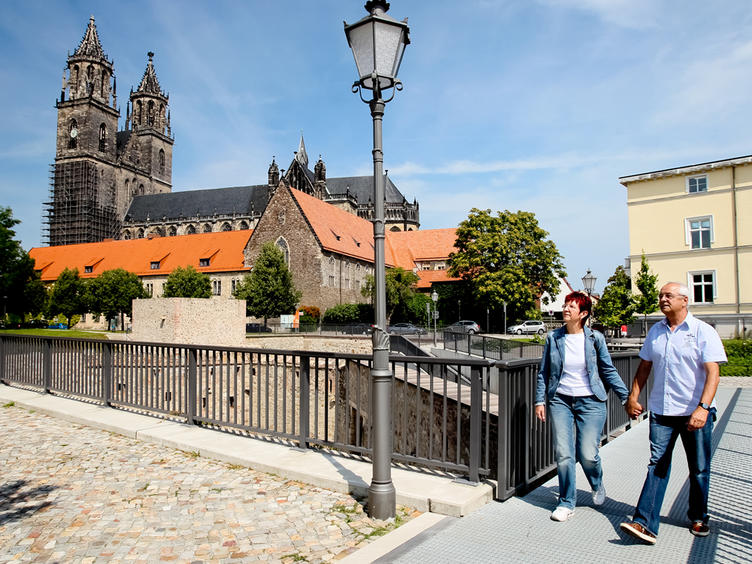 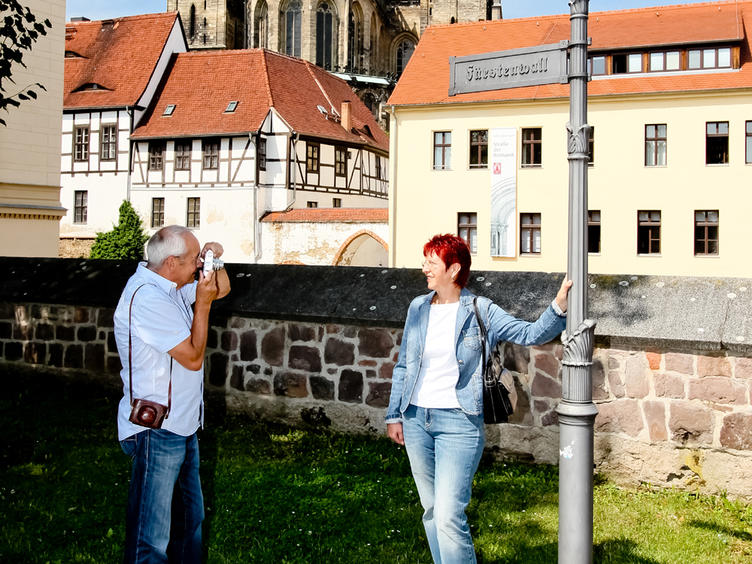 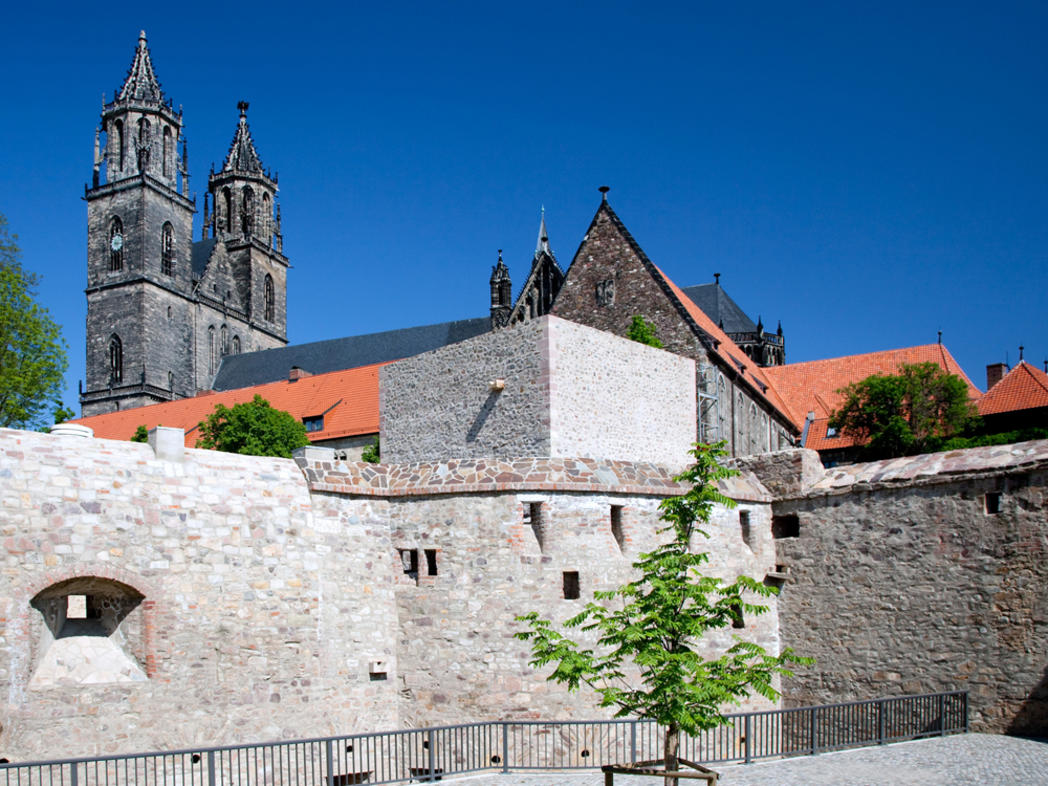 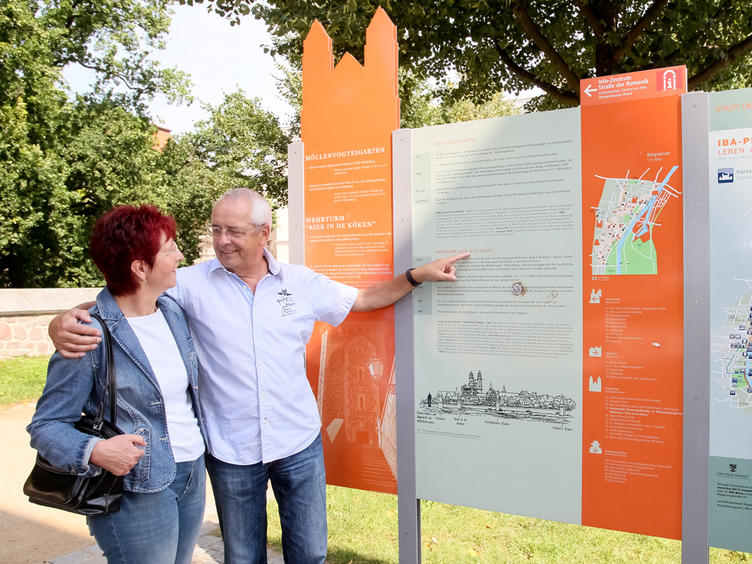 South of the Strombrücke, a pedestrian bridge leads to the Fürstenwall promenade, one of the first public promenades in Germany commissioned by Prince Leopold of Anhalt-Dessau around 1720 and built on the grounds of the former fortress installations.

The two fortified towers named “Hinter der Möllenvogtei“ and “Kieg in de Köken“ were already constructed in 1430 when the fortress itself was built. The “Kiek in de Köken“ tower owes its name to the fact that watchmen of old could look directly into the Archbishop's large kitchen. All in all five towers were erected at that time, however they were not linked by a wall. Construction work on a city wall to connect the fortified towers only began in 1525. The two towers were restored to their former shape when the entire Fürstenwall area underwent renovation work thereby ensuring that an important part of medieval Magdeburg could be preserved.

The Remtergang street leads to the oldest surviving residential building of the old city of Magdeburg a half-timbered house which is only a stone's throw away from the most famous monument of the capital city of Saxony-Anhalt, the Magdeburg Cathedral.

The City Gate of Magdeburg

Martin Luther may indeed have once passed through the medieval city gate by the Bailiwick Garden (German: Möllenvogteigarten) close to Magdeburg cathedral. Nearby there was the accommodation of the ‘Brethren of the Common Life’, where Luther went to school when he was 14 years old.