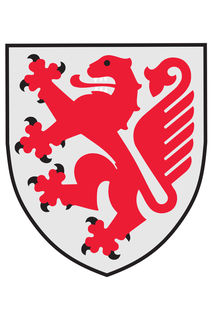 Brunswick is the second largest city of the federal state Lower Saxony and is 80 km (49.7 mi) away from Magdeburg. The city of Henry the Lion is more than 1,000 years old and has a population of 250,000. The cathedral, the historical buildings in the centre, the square with the castle and the bronze lion call that rich history into mind. The Braunschweig University of Technology draws many students.

A common past that lasted several centuries connects Brunswick and Magdeburg. Thanks to the medieval merchant’s and cities’ alliance of the Hanse, both cities used to maintain close contacts and many family links that made the cities develop even stronger ties.

On the order of the duke of Brunswick Friedrich Wilhelm, in 1815 the famous hemispheres and vacuum pump of Otto von Guericke were sent to the Collegium Carolinum, which is the

Even though Magdeburg and Brunswick are only 90 km (55.9 mi) apart, the wall separated them until the collapse of the GDR (German Democratic Republic) in 1989. In December 1987, the mayors Werner Herzig and Gerhard Glogowksi signed the twinning agreement between Magdeburg in the GDR and Brunswick in the FRG (Federal Republic of Germany) which stressed the intention and the political will to maintain the good-neighbourly relations and to contribute to a peaceful coexistence on German soil. After the democratic transformation, Brunswick helped Magdeburg establish a local autonomy. The partnership is characterized by private contacts, such as mutual visits of the “Exaudi choir Magdeburg” and the “Sine nomine choir Brunswick”, but also by new impulses in different areas.